Aquatekna water softening systems are designed to maximize water quality in homes, hotels, restaurants, industrial facilities. Hard water is very common in many areas. Hard water causes scale to form in pipes, plumbing
fixtures, kitchen appliances as well as in coffee machines, ice machines, boilers and dish washers in professional installations. Soap reacts with hard water to form a curd, and hard water can also cause skin flaking and irritation. More soap or detergent is needed when washing or laundering with hard water. Hardness is primarily caused by the dissolved chemical compounds of calcium and magnesium. The amount of hardness is expressed in milligrams per litre (mg/L) or as French or German Degrees.
Water softeners operate on the principle of ion exchange. A synthetic resin (zeolite) bed is charged with sodium ions by regeneration with salt (sodium chloride). Hard water, containing calcium and magnesium ions, flows through the resin. Ion exchange occurs when the calcium and magnesium ions attach themselves to the resin, displacing the sodium ions. The resultant water is softened, being free from calcium and magnesium.

This Bi-Block softening system AUT-BIBLOC-255-760LOGIX-70, consists of two separate vessels, a 70 Liter resin container on which the valve is placed and a brine container in which the float mechanism is located. We use the tested General Electric Autotrol 255-760 valve from Pentair USA, which is fully programmable and has both volumetric and chronometric functions available. This gives the system top performance and guaranteed operation during regeneration, in a fully automated domestic water softener. The hardness of the incoming water is programmed in the electronic memory of the valve, together with the capacity of the resin tank and the valve automatically calculates how many liters of water can be processed. The valve measures the amount of water that passes through the resin tank and starts the regeneration process when its capacity is exhausted. This particular Autotrol 255-760 valve can also be programmed for timer regeneration, ie it can be programmed to regenerate every 1, 2, 3, or 6 days, or as often as we like, depending on the memory setting in the valve.

Iron removal
Up to 3 mg/L of iron can readily be removed with our fully automatic softener. If the water supply contains iron, a sodium hydrosulphite resin cleaner should be used regularly according to the manufacturer’s instructions. If the iron is not cleaned from the softener, its capacity will be drastically reduced.

The Bi-Block softener is a fully automatic water softener and consists of the following:

1. The resin tank – This is a reinforced tank made in the EEC with international water quality certifications. This contains the resin Purolite USA (70Lt.)
2.The salt tank – this is a plastic tank with a capacity of 150Lt. in which there is a float mechanism. It contains salt and saturated brine solution used in regeneration.
3.  Logix 255-760 electronic fully automatic valve with volumetric or chronometric functions.
4. LCD programming display screen.
5. All the necessary connection components.
6. Transfromer power supply.
7. Optional Autotrol twin valve by pass included with twin ¾” male connectors.
8. Minimum operating pressure 1.5 Bar, maximum 6 Bar.
9. It is installed in the central water supply and does not reduce the pressure at all
10. Outlet water hardness adjustment
11. Regeneration time setting 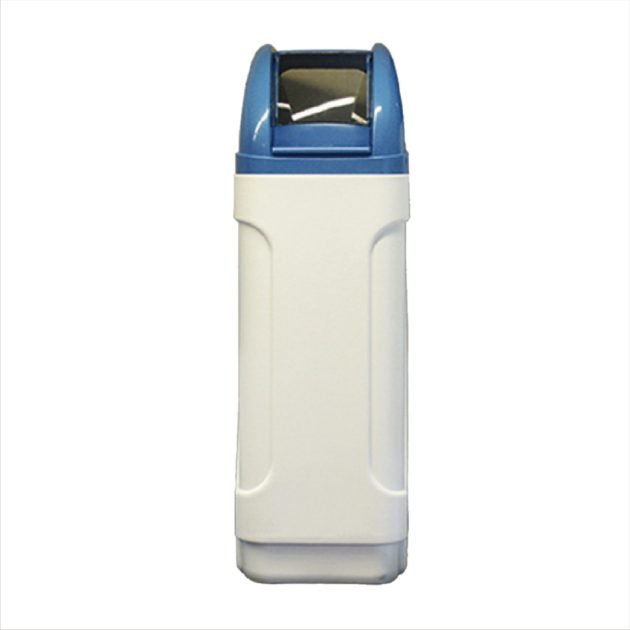 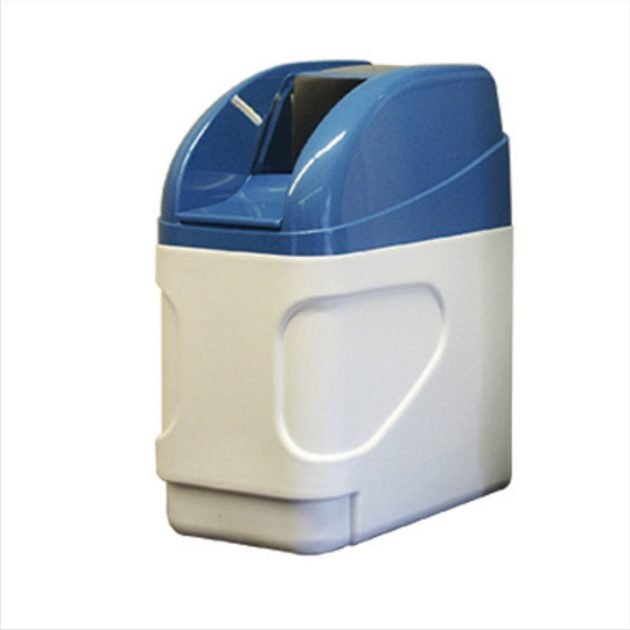