Representing the top of the range in Hyundai Waco’s WC bidet product category, the HDB-1500 R model is a toilet cover that is mounted directly on the WC bowl instead of a regular cover. By combining the functions of toilet and bidet for the bathroom, this sanitary item improves the hygiene and comfort of its users, simultaneously helping to save space by eliminating the need to mount a separate bathroom bidet.

In Japan and Korea, people have started using electronic bidet since 20 years ago. Most of the people in these countries are accustomed to a heavy work load and under pressure, also not having meals on time, often results in disorders which include constipation, hemorrhoids or other diseases which are commonly found amongst people living the modern city life. The HDB-1500 R electric bidet can help to prevent general gynecologic disease, such as the hygiene problem during menstrual period. It can also help to lighten constipation that could help beautify, to reduce weight and to ease off hemorrhoids.

It’s ideal in providing help to families that have elderly and disable persons, to relieve doing cleaning jobs. Enema wash (strong warm water flows go into anus and give an evacuation cleaning), warm seat (not cold anymore in winter), warm wind drying and deodorization by using activated carbon, give a clean and hygiene lifestyle.

In addition to the HDB-1500 model, the HDB-1500 R electric bidet version is equipped with a remote control that allows access to the functions, offering users the option of individually memorizing preferences, so that up to four family members will be able to enjoy customized functions for this electric bidet.

Installing a toilet bidet comes with a number of advantages, including:

For the functioning of the bidet, you need:

The controls are digital, as their operation is done from a wireless remote control, also provided with a wall mounting system.

Hydromassage function achieved by the continuous movement of the rod forwards and backwards, but also by alternating the pressure of the water jet (pulsation).

Drying at the end with an air jet with adjustable temperature in 5 levels.

Self-cleaning function of the rod for increased hygiene.

A sensor situated in the seat does not allow the bidet to work if no one is sitting on the seat, or automatically stops its operation if we get up from the toilet.

The seat is heated, its temperature being adjustable in 4 settings.

The water temperature is constant throughout the wash and is adjustable in 4 temperature settings.

The water pressure is also adjustable in 5 stages.

Both the cover and the seat are hydraulic, ensuring a smooth fall without shocks.

Two energy-saving functions (the first function raises the temperature of the seat only when it is used, and the second one stores for a week the program in which it was used and switches the seat coil to stand-by during the time interval in which it is not was used at all – for example: at night).

Special protection function for children (when it is activated, it does not receive the command for the enema function).

This electric bidet is also equipped with a water filter to improve water quality.

It is also provided with an air pump that creates a jet of aerated water, in order to achieve a more efficient washing.

The smelling function is fully automatic and starts as soon as you sit on the lid and continues for 2 minutes after we get up from it. It absorbs the air inside the toilet bowl and passes it through a carbon filter that neutralizes the odors in the toilet bowl.

It memorizes the settings for 4 users (temperature and water pressure, position of the rod during washing) the action is done directly from the corresponding button on the wireless remote control.

The WACO logo. on the front side of the bidet is illuminated in two colors (blue when the heated seat is in stand-by and red when it reaches the set temperature). 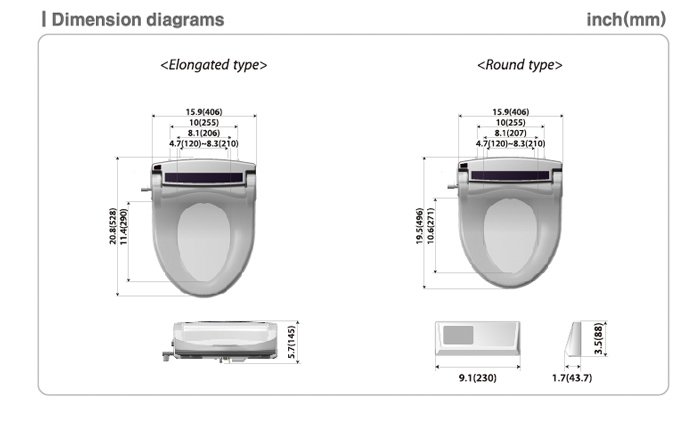 The HDB-1500R electric bidet model has all the necessary accessories for installation included in the installation kit.

The connection to the water is made by means of a flexible connection, which is fixed in the cover under its control console and at the other end in the T that is inserted between the tap that supplies the water basin of the WC and its connection.

The connection to electricity -220 V is made by means of a 180 cm cord, with Schuco plug, positioned on the left side of the cover.

The fixing system on the toilet bowl allows the front/back adjustment of the bidet by approx. 5 cm.

in order to fit as well as possible on all toilet bowls, the bidet is available in 2 size options according to the diagram below. 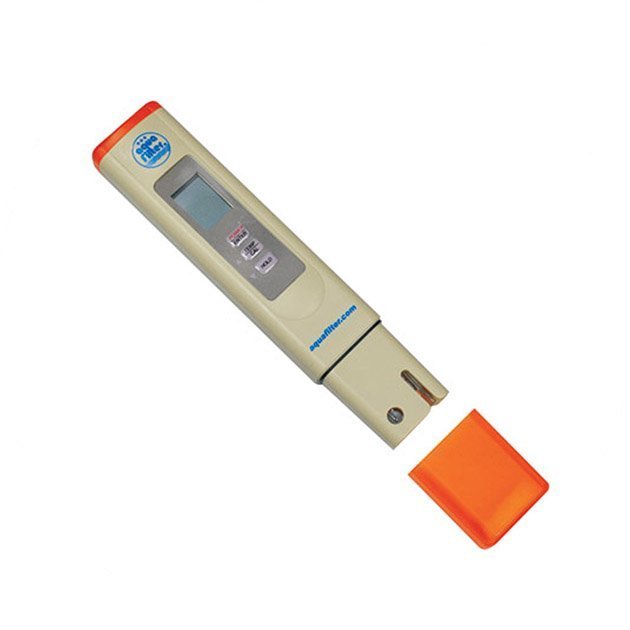 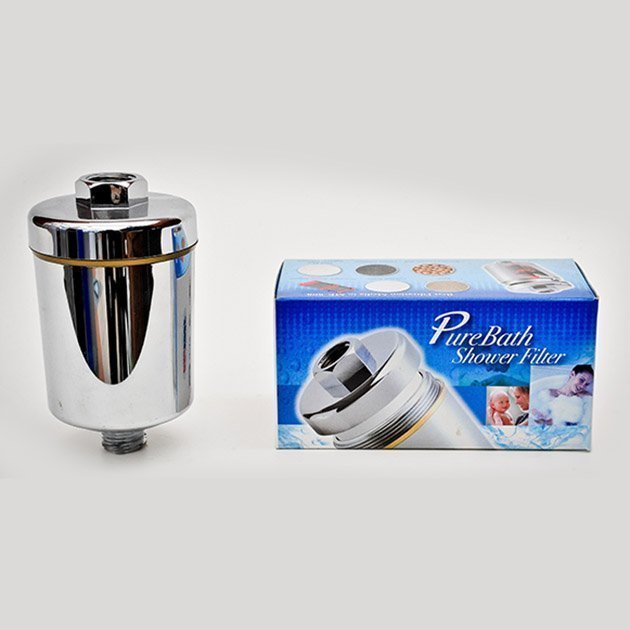 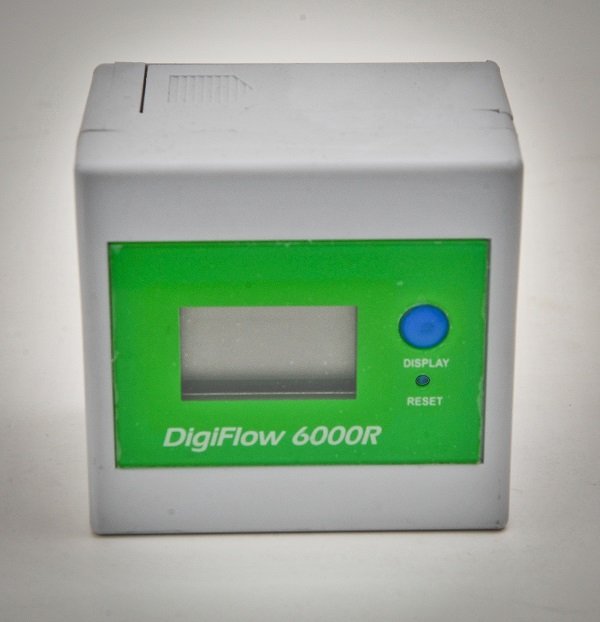 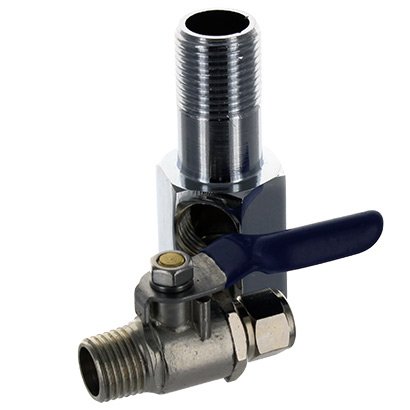